Japanese swords and their rich individual histories have fascinated people for centuries. Swords were first used as weapons in the Tumulus Period (3rd century). Swords seen in the Asuka (592-710) and Nara (710-794) Periods were called chokuto, or straight sword, a name that reflects their use for thrusting rather than slashing. The evolution of what was to become the classic Japanese katana the world has come to know began in the Heian Period (794-1192), which saw a surge in the demand for swords due to the many internal conflicts that took place during that period, the most famous of which is perhaps the clash between the Genji and Heike Clans known as the Genpei Kasen. Before this time, imported swords were valued over domestic blades for their quality. With each successive conflict, however, these early Japanese swordsmiths (tosho) improved their craft, eventually arriving at the characteristic curved blade, or wanto that distinguishes the Japanese katana from other swords seen around the world. The introduction of cavalry to Japanese warfare spurred improvements in the length and arc of the blade to allow mounted warriors to more effectively wield their swords in battle, which is called tachi. With the emergence of samurai as the ruling class of the military government established in the Kamakura Period (1192-1333), skillful craftsmen cultivated under the Shogunate began to produced new types of bladed weapons such as the tanto (short sword), naginata and yari (pole weapons). Development continued as Japan faced the two Mongol Invasions (1274 and 1281) in the late Kamakura Period. It was at this time that the prevailing method of battle shifted from individual combat to coordinated unit tactics, and bladed weapons were produced to meet the needs brought about by this change. Some of them are now national treasures. The Muromachi Period (1336-1573) saw the introduction of short swords, or kozori, swords for indoor fighting, or wakizashi, and the two-sword samurai style that we are familiar with today. They were also important products in overseas trade. By the Sengoku Period (1467-1590), which saw the rise of two famous samurai, Oda Nobunaga and Toyotomi Hideyoshi, the quality of swords had improved to such a degree that they had become prized possessions and symbols of authority, taken as spoils of war and presented as honors. The introduction of firearms brought rapid change. Armor design shifted to emphasize ease of movement and improved protection. Along with this came the appearance of the uchigatana, a sword whose weight and length made it ideal for combat. The uchigatana is what we generally think of nowadays as the Japanese sword. In the Edo Period (1603-1868), laws were established to restrict sword ownership by class, limiting, for example, tradesmen and craftsmen to short swords. As peace spread during the Edo Period, sword use declined. At the end of the period (1853), however, sword use rose as forces within the nation again plunged into conflict. Although personal possession of swords was prohibited in 1876, they continue to fascinate us because we feel the proud history of the samurai that made them famous as they built the Japan we live in now.

Forging a Japanese sword requires strength and specialized skill, and swordsmiths are masters at creating designs, selecting material, and finishing. The following are the major steps involved in Japanese sword making. 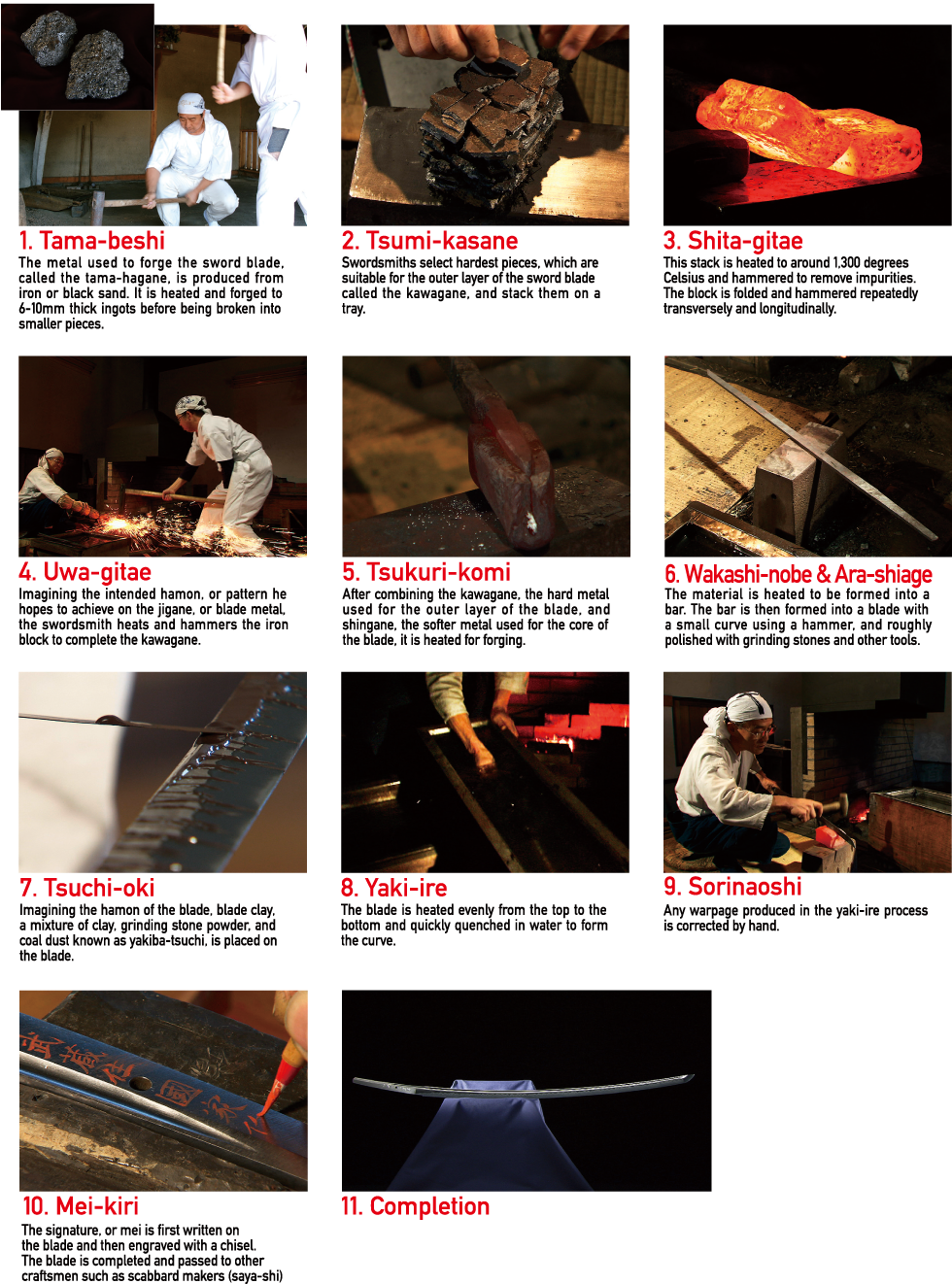 Tip of the Japanese Swords

1. The key is that the tip does not to break or bend.

The strength of Japanese swords is ensured by the selection of the best material for each part. The process of realizing the ideal combination of core softness and outer-layer hardness is called tsukuri-komi. Using softer metal (shingane) in the core helps to absorb and reduce impact, and wrapping it with a harder metal (kawagane) prevents the blade from bending. 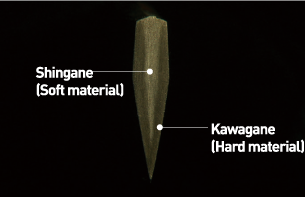 2. Other crafts related to sword making

The creation of a Japanese sword requires more than the swordsmith who makes the blade. A number of other craftsmen take part in the process, craftsmen such as polishers (togi-shi) who add sharpness and beauty to the blade, scabbard makers (saya-shi) who ensure the perfect fit for each sword, lacquer painters (nu-shi) who coat the scabbard, silversmiths (shirogane-shi) who make the metal fittings placed between the blade and hilt, hilt wrappers (tsukamaki-shi) who craft sharkskin and other materials, and handguard makers (tsuba-shi). 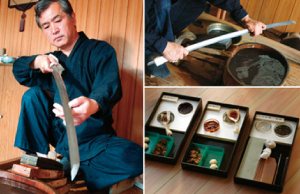 3. How to distinguish tachi swords from uchigatana 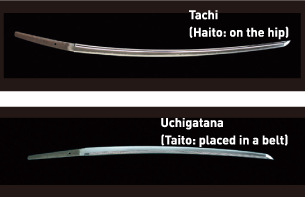 4. Iwaku – One of the attractions of Japanese Swords

5. How to become a swordsmith

Becoming a Japanese swordsmith takes five to ten years studying under a master and passing an examination given by the Japanese Agency for Cultural Affairs. There are currently approximately 350 licensed swordsmiths in Jwapan. Each licensed swordsmith is limited to producing 24 swords per year to maintain the high standard of quality.

Japanese swords are sold at sword and antique stores. A Japanese sword certified as a work of art can be purchased by anyone. These are for display only, however, because carrying one in a public place or removing it from its scabbard are strictly prohibited.